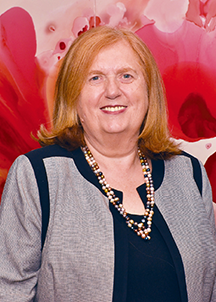 The Provisional Hong Kong Academy of Nursing has admitted Dr. Judith SHAMIAN, RN, PhD, D.Sc (Hon), LLD (Hon), FAAN, as an Honorary Fellow. Dr. SHAMIAN is the President of the International Council of Nurses (ICN). She is also President Emeritus, immediate past President and CEO of the Victorian Order of Nurses; immediate past President of the Canadian Nurses Association (CNA); a professor of nursing at the University of Toronto; and a co-investigator with the Nursing Health Services Research Unit. Previous positions include executive director of the Office of Nursing Policy at Health Canada and vice-president of nursing at Mount Sinai Hospital.

Dr. SHAMIAN obtained her PhD from Case Western Reserve University; her Master’s in Public Health from New York University, and a Baccalaureate in Community Nursing from Concordia University in Montreal. She is the recipient of numerous awards including the Canada’s Most Powerful Women: Top 100 award; the Golden Jubilee Medal from the Governor General of Canada; and the CNA’s Centennial Award. Dr. SHAMIAN is also an International Fellow with the American Academy of Nursing.