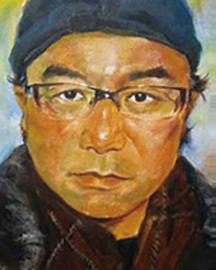 Mr. Kwan began his nursing training in Queen Mary Hospital (QMH) in 1974. After graduation, he worked as a registered nurse in QMH in various units. His initial intention to work as a nurse was to explore human emotions which he could apply to his early childhood interest in arts. However, his love of nursing grew at the first day he encountered patient care.

In order to improve his nursing knowledge, he visited the medical library, subscribed periodicals and nursing journals, and insatiably acquired the experiences from the senior nurses.

While he worked in the University Surgical Unit, he was nominated to study specialty training in stoma care, wound care, and incontinence care in United Kingdom.

In 1980, he became the first Enterostomal Nurse. He also took an extra duty to look after patients with Total Parenteral Nutrition (TPN).

With his expertise and dedication in improving the quality care for the patients, he was assigned to set up the first Enterostomal Therapy Service in QMH in 1982, two Outpatient clinics in Sai Ying Poon and Tang Chi Ngong, to provide hospital-wide independent nurse consultation. This service covered majority departments in QMH as well as referrals from all other hospitals in Hong Kong. Mr. KWAN set up the foundation of Enterostomal specialty nursing 35 years ago.

Mr. KWAN emigrated with his family to Canada in 1990. He made a major change in his role and career after finishing the Bachelor of Science in Nursing and simultaneously taking Fine Art courses in University of British Columbia in 1993. Since then, he became a full time artist and an art educator for more than 25 years. In return, his teaching people with special needs in art and design is an extension of nursing career.

With Mr. KWAN’s initial efforts to introduce the Stoma Care in Hong Kong, the specialty has been developed rapidly with high quality patient care and international recognition.