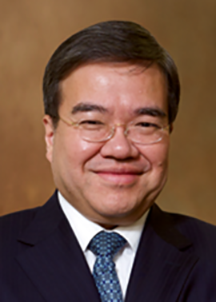 The Provisional Hong Kong Academy of Nursing has admitted Mr. Anthony Wu, GBS JP as Honorary Fellow. Mr. Anthony Wu is currently Chairman of the Hospital Authority and is the longest serving Chairman in the Hospital Authority’s history. In the past seven years, he has made exceptional contribution and great achievement in taking the Hospital Authority through various challenges, including the significant pressure placed on the public health system since the outbreak of SARS. He is dedicated to improving the public health care services for the community and is highly concerned with staff wellness at all times. Mr. Wu has been a great supporter of nursing specialization and nursing excellence. Numerous new initiatives have been instituted and enhanced to expedite the professional development of nurses; such as corporate scholarships for senior nurses; creation of Nurse Consultant positions; and the establishment of more nurse clinics as platforms for autonomous advanced nursing practice.

Mr. Wu has a long and distinguished record of public service. He was awarded the honour of the Gold Bauhinia Star in 2008.