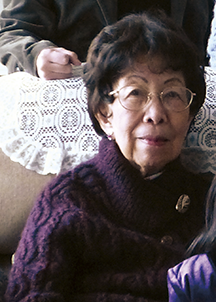 The Provisional Hong Kong Academy of Nursing has admitted Ms. Beatrice Chan as an Honorary Fellow. Ms. Chan was the first Chinese School Principal of Hong Kong Government Nursing School. She is well-known and highly respected in the nursing profession.

Ms. Chan began her career as a student nurse in 1949. She was awarded scholarship as the first Chinese nurse to receive nurse educator training in UK in 1952. After returning from overseas training, she started her educator role in Queen Mary Hospital and was later promoted as School Principal in 1969. She was the first Chinese to lead the administrative duties of all basic education in general nursing, psychiatric nursing and health nursing as well as the post basic nursing education in Hong Kong in 1978. During her tenure in Government Nursing School, her dedication and strategies to maintain the standard of training was highly appreciated by her colleagues.

After 30 years of service, she retired in 1979. She moved to Vancouver, Canada in 1988. She now enjoys getting involved in church and spending time with her family. She likes to remind all nurses that it is an honour and blessing to offer professional care to those who are sick and in need of help.