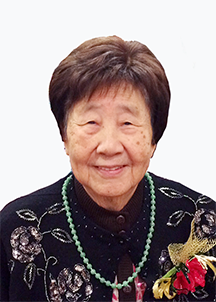 The Provisional Academy of Nursing has admitted Ms. Chan Wing Han, Grace as an Honorary Fellow. Ms. Chan began her career in nursing in 1942 when she started nursing training at the Alice Ho Miu Ling Nethersole Hospital. After graduation, she went to the UK to further her studies in nursing administration. Ms. Chan had been the Matron of the Alice Ho Miu Ling Nethersole Hospital and later the Chief Nursing Administrator in the United Christian Hospital (UCH). She was one of the key figures in the establishment of the UCH pursuing “Hospital without Wall”.

Ms. Chan was a nurse administrator with foresights. Forty years ago, she already had the view that advanced nursing practice would be beneficial to the health of the community. She pioneered the Nurse Practitioner Scheme and set up the Community Nursing Service in the UCH in the 1970’s. Nurse clinic was later formally established in the Hospital Authority.

Ms. Chan was the founding president of the Hong Kong Nurses Association in 1964. She strongly believed the importance of uniting all nurses in Hong Kong together seeking better training opportunities and nursing excellence. Ms Chan also led the Association to become a member of the International Council of Nurses in 1965 through which nurses of Hong Kong reach out to the International arena. The Association was then later renamed as "College of Nursing, Hong Kong" in 1992.

Ms. Chan considered nurses should be the doctor’s partner in patient management. She therefore advocated continuing education for nurses to strengthen knowledge and skills in patient care and ward management. With Ms. Chan’s initiative, specialty nursing and nursing management training programs were subsequently provided to all Hong Kong nurses through the formerly Hong Kong Nurses Association

Ms. Chan had significant contributions to the nursing profession and the Hong Kong healthcare system throughout her nursing career.