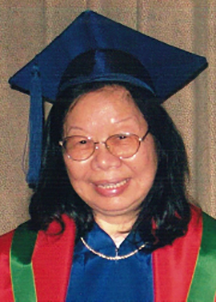 The Provisional Hong Kong Academy of Nursing has admitted Ms. Jessie Childe as an Honorary Fellow. Ms Childe started her training in 1953 in Queen Mary Hospital. She was awarded a 2-year scholarship to study at The Royal College of Nursing in London, UK and obtained the London University Diploma for Sister-Tutor in 1965. After returning to Hong Kong, she dedicated herself to nursing education for 30 years. She had been appointed School Principal of Queen Mary Hospital School of General Nursing in 1982 till 1989. Before her retirement, she worked as Principal of School of Post Basic Nursing at Queen Elizabeth Hospital from 1989 to 1995. She was one of the pioneers in promoting nursing education at the tertiary level. She participated as a member of the Steering Committee for the HKU Extra-Mural Nursing Degree Programme to pioneer the nursing education at tertiary level. Her involvement in development nursing in Hong Kong is impressive. Just to name a few, Ms Childe was an executive committee member & Chairman of Educational Subcommittee of Hong Kong Government Nurses Association. She was elected the Founding Chairman of Hong Kong Society for Nursing Education in 1986, and continues to be the Honorary Advisor currently. Just prior to the advent of the introduction of computerization in medicine and nursing in Hong Kong, she became also the Founding Chairman of Nursing Info (HK) in 1991, collaborated with the HK Society of Medical Informatics as member of their organizing and programme committees (1992-1994). She was awarded 40-year long service award from Hospital Authority in 1994.

Ms Childe immigrated to Vancouver, Canada after retirement. She continued her contribution as a professional nurse in Canada, including being an elected President of the Hong Kong Nurses Association of BC, a speaker of seminars on brain health for seniors and a trained facilitator for the Chinatown Care Givers Support Group (2005-2010). In 2009, she was awarded a post-bachelor Diploma in Gerontology at Simon Fraser University. Ms Childe’s talents and zest for art and Chinese painting also led her to be appointed as a Director and then Gallery Chair at the Burnaby Arts Council. Ms. Childe became a permanent artist at Eileen Fong Gallery, later known as Aurora Gallery. Ms Childe, an artist after retirement in Canada but a nurse all of her life, has groomed and nurtured many nurse leaders in Hong Kong.