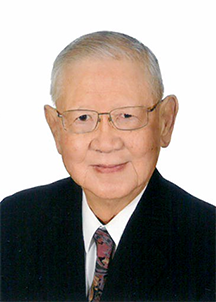 Mr. Har Ying Sang, William began his nursing career in 1949, received his training at Queen Mary Hospital, qualified as Registered Nurse in the Hong Kong Nursing Board (now the Nursing Council) with honors in 1952. He was highly praised for his excellence especially in the areas of medical nursing and operating theatre. He was one of the four vanguards chosen to study psychiatric nursing in England in 1955. He was further sponsored to study nursing education for two years and obtained his Diploma from the London University in 1959. He established the first School of Psychiatric Nursing with its first intake of six male students in January 1960. He worked hard not only demanding high standard himself but also enthusiastic in promoting the better understanding of the nature of psychiatric nursing and mental health among other hospital staff and in public. In 1968, it was arranged for Mr. Har to undertake study in nursing administration in Australia. Since 1972 he was assigned the administrative duty responsible for the reform and improvement of psychiatric nursing. He was soon deployed to work in the medical headquarters assisting the authority in the general nursing planning in addition to his supervisory role of psychiatric nursing service. Promoted to CNO (Psy) in 1976 and he was assigned again to take up the additioal role of CNO (Edu) in 1978 when it was first created. Acting as the Principal of all Schools of Nursing in the Medical Department until the introduction of regionalization of the health services in 1981, he succeeded in the curricula changes in midwifery and public health nursing. He was one of three appointed Regional Nursing Officers responsible for the nursing service in New Territories Region. In the tenure of his office, he managed with great effort introducing the hourly appointment system and improving overall services in the out-patient clinics till his retirement life. His contributions to the improvement and upgrading of the nursing profession in HK through his devoting services in the Nursing Board and the Hong Kong Nurses Association (now the HK College of Nursing) for over a quarter of a century were widely respected and adored.