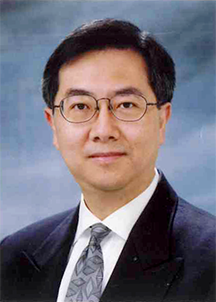 Mr. Yen Yuen Ho, Tony is a solicitor of Hong Kong and United Kingdom. He is also a barrister and solicitor of Australia.

He is a retired civil servant. From April 1994 to March 2007, he was the Law Draftsman of the Department of Justice, HKSAR Government. He was also a member of the Government's Law Reform Commission. He was awarded a Silver Bauhinia Star medal by the Chief Executive of the HKSAR in year 2000.

Mr. Yen has undertaken much public service. He is currently the Vice Chairman of the Government’s Social Welfare Lump Sum Grant Independent Complaints Handling Committee and a Panel Member of the Education Bureau's Review Board of School Complaints. Mr. Yen is participating actively in the voluntary social services. He is the Vice President of the Neighbourhood Advice - Action Council and Member of the Executive Committee of the Heep Hong Society. He is also a legal advisor of the Friends’ of Scouting, Scout Association of Hong Kong and an honorary advisor to the Pok Oi Hospital.

Most important of all, for the Academy, Mr. Yen is our Honorary Consultant providing a lot of support in drafting the Hong Kong Academy of Nursing Bill that is to be submitted shortly to the authority aiming to regulate advanced nursing in specialty practice in Hong Kong.