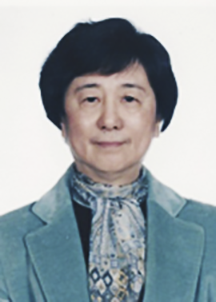 Ms. Choy began her career in nursing in 1957 when she completed her nursing and midwifery training at the Nethersole Hospital in Hong Kong. After graduation, Ms Choy went to the U.K. to further her studies in district health and nursing management. Ms. Choy became the Chief Nursing Administrator and the principal of the School of Nursing in the Nethersole Hospital and the United Christian Hospital (UCH) in 1982. During that time, Ms. Choy strived to achieve the mission of 'hospital without wall' at UCH and helped to develop the hospital into a community hospital, where community health service centers were set up in local communities to promote disease prevention, health education and health maintenance and arouse people's health consciousness. It was also at this time when community nursing was first introduced into nursing training programs, and community nursing training officially started. In 1990, the health care system in Hong Kong experienced changes, and Ms. Choy was invited by the Medical and Health Department to help with the establishment of the Hospital Authority and became a board member before her early retirement in 1992. After retirement, Ms. Choy devoted her time in enhancing the levels of health care and health care management in Mainland China. In 1998, with the support from the Health Department in Guangdong province, Ms. Choy started her first project of developing a community health service center in Ching Yuan as an extension of a local hospital in conjunction with nurses training. After years of hard work in Ching Yuan, the community health service center has now been successfully established, and this project has become the model case of community health service center set up in other cities in China. Now the project has been recognized by the World Health Organization (WHO) of Western Pacific Region and the Health Bureau of China. Over the past 50 years, Ms. Choy has made significant contributions to the nursing profession both in Hong Kong and Mainland China, and it is her philosophy to continue sharing her experiences and knowledge with other people, because she believes that 'it is more blessed to give than to receive'.