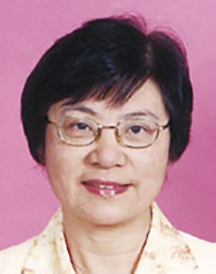 Ms. SO worked as a registered nurse in Queen Mary Hospital (QMH) after graduating from its nursing school in 1969. She also completed her Midwifery training in Queen Elizabeth Hospital by 1971. She took no pay leave for attending the post-graduate Paediatric Nursing Course in the Birmingham Children’s Hospital in England from 1971 to 1973. She was granted the title of Registered Sick Children Nurse by the General Nursing Council for England and Wales. She then worked in the Paediatric Department of QMH and was promoted to Nursing Officer in 1979.

Being inspired by the trade union movemention “equal pay, equal work for female and male nurses” issue, she was heavily involved in advocating professional development; pursuing of nursing welfare and benefits as well as improvement of the healthcare system and betterment of public health in Hong Kong.

From 1976 to 2012, Ms. SO took the chairmanship of the Nurses Branch, Hong Kong Chinese Civil Servants’ Association (HKCCSA). Throughout the years, the Nurses Branch had marked achievements on issues such as patient nurse ratio and overtime compensation. She is currently the Vice President of HKCCSA and President of the Hong Kong Nurses General Union.

Ms. SO is the grandfather fellow (Paediatrics) of the Hong Kong Academy of Nursing and is very supportive to the development of the Academy and the Hong Kong College of Paediatric Nursing.