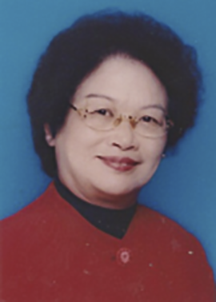 The Provisional Hong Kong Academy of Nursing has admitted Ms. Margaret Wong as Honorary Fellow. Ms. Wong started her nurse training in 1954 in QMH. After graduation, Ms. Wong had worked in a number of hospitals, Tsan Yuk Hospital, ex-Tang Shui Kin Hospital, Queen Elizabeth Hospital and Princess Margaret Hospital. During her years as a nurse administrator, Ms. Wong had experienced changes of the health care system with unprecedented challenges: industrial actions, closure of maternity homes, influx of refugees, the change from Medical and Health Department to Department of Health and the Hospital Authority. Ms. Wong became the Nursing Director in 1992, at the midst of turbulence. Her strong leadership and perseverance had smoothed out the transition, resolved lots of conflicts, and most importantly gained the trust from both nurses and the government. Her efforts were duly recognized by the authorities resulting in increased resource allocation to the nursing sector and the creation of additional senior positions. She was also awarded MBE in 1992. With the strong request from the Director of Health, Ms. Wong extended her retirement in 1993 and served until 1997. The long service award certificate for civil servant of over 40 years of service was a deserving tribute to Ms. Wong’s years of long service dedicated to the nursing profession.