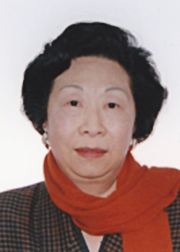 The Provisional Hong Kong Academy of Nursing has admitted Ms. Moyna Wong as Honorary Fellow. Ms. Wong started her nurse training in QMH in 1951. After graduation in 1953, she studied midwifery in Kowloon Hospital and completed the certified midwife training in UK. Upon return to HK from her no-pay study leave, she resigned from the Government and joined the HK Sanatorium and Hospital in 1958 and started the new maternity service. In 1960, Ms. Wong moved to Kwong Wah Hospital where she stayed until her retirement as the Chief Nursing Officer of the five Tung Wah Groups of Hospitals in 1993. During her 33 and a half years of service in KWH, Ms. Wong had initiated numerous training programs, such as premature baby care training and many specialist training programs for nurses. To meet service demands, Ms. Wong had introduced many nursing services, including antenatal classes, intensive care, renal, orthopaedic, geriatric, and community health. Apart from hospital services, Ms. Wong had initiated the Well Women’s Clinic in 1990 which aimed at providing one-stop screening service for all common cancer conditions for women. With the establishment of the Hospital Authority in 1990, Ms. Wong had worked closely with staff groups and hospital administration to smoothen the transition of management hand-over to the HA. Upon her retirement in 1993, Ms. Wong devoted herself in the setting up of a nursing degree program in HKU SPACE. Two years later, the BSN program established its firm footing and was incorporated into the Faculty of Medicine. She has left the service in 1996.