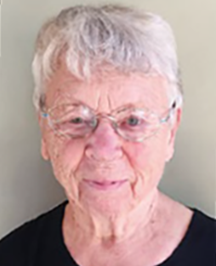 She has received numerous awards, namely The American Cancer Society Outstanding Service Award in 1975; the American Journal of Nursing book of the year award in 1987; the Sigma Theta Tau Audrey Hepburn Award in 1999; Leading the Way Award by the Hospice and Palliative Nurses Association in 2010.

She was also admitted as Fellows of the American Academy of Nursing in 1977 and member of the Institute of Midwives in 1981 and an Honorary Degree of doctorate of Humanities from the Hong Kong Polytechnic University in 2010.

Prof. MARTINSON wrote books and disseminated knowledge in contribution to the science of nursing. She published 140 research articles and dozens of book chapters. Much of her research has resulted in concrete applications to the development of nurse-directed systems of care. The three most important of these are (1) pioneer published application in hospice care for seriously ill children to die at home instead of the hospital, (2) the concept in the Block Nurse Program for the Elderly and its development in the U.S., and (3) the establishment of the Childhood Cancer Foundation which whereby free chemotherapy was given the newly diagnosed children with cancer before national health insurance coverage in Taiwan.