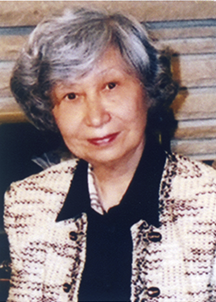 The Provisional Hong Kong Academy of Nursing has admitted Prof. Rosie Tse Tse YOUNG as an Honorary Fellow. Prof. YOUNG is currently an Honorary Professor in Department of Medicine, University of Hong Kong, and an Honorary Consultant in Medicine of both Queen Mary Hospital and Hong Kong Sanatorium & Hospital. She has been an active member in medical and public services and holds a number of professional qualifications and significant appointments in both local and international setting. Having obtained her MBBS and MD degree from the University of Hong Kong, Prof. YOUNG was appointed as their Dean of Faculty of Medicine in 1983-84. In 1989, she received Daiichi-Mallinckrodt Prize at the 4th Asia and Oceania Thyroid Association meeting in Seoul, Korea. Later in 2002, she was awarded Gold Bauhinia Star (GBS) by the Government of the Hong Kong Special Administrative Region. In addition, she has published over 100 articles in international medical journals and given lectures to NIH, RACP, Academy of Medicine of Singapore, universities and professional societies in UK, USA, Australia, New Zealand, Singapore and Malaysia.